Heritage Language Program
SPANISH COURSES FOR DESCENDANTS OF SPANISH SPEAKERS
«Knowing how to read and write in the language of your immigrant ancestors (be it Spanish, Korean, Mandarin or Armenian) makes you wiser and more powerful. I know from experience » (Tobar H,2016).
Did you know that reinforcing the home language has cognitive, academic, personal, social, intercultural and economic advantages that would give your children greater opportunities in Quebec and in the world?

We are the first to offer a Spanish as a Heritage Language program designed specifically for Spanish-speaking descendants.

For us, language is a heritage that affirms the Latino-Canadian identity of new generations. We are pioneers of this approach in Montreal!

The "Spanish as a Heritage Language" program is designed for children who have at least one Spanish-speaking parent. For them, this language, which they share with one or both of their parents, is a language of origin because it is not the main language of the society in which we live. The heritage language is the language spoken by immigrants in their homes and is not an official language of the host country. People who learn a heritage language are called heritage speakers. 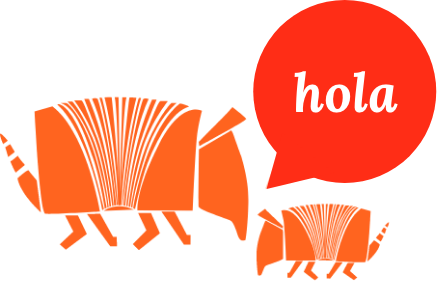 The native speaker is an "interrupted" native speaker (Montrul 2012) who retains much of his or her native skills and, although he or she may reach an advanced level, is not able to carry out different utterances with the language due to input, which comes from familiar contexts, and little or no formal instruction in the language spoken at home.
The heritage language speaker has particular characteristics, some of which are: 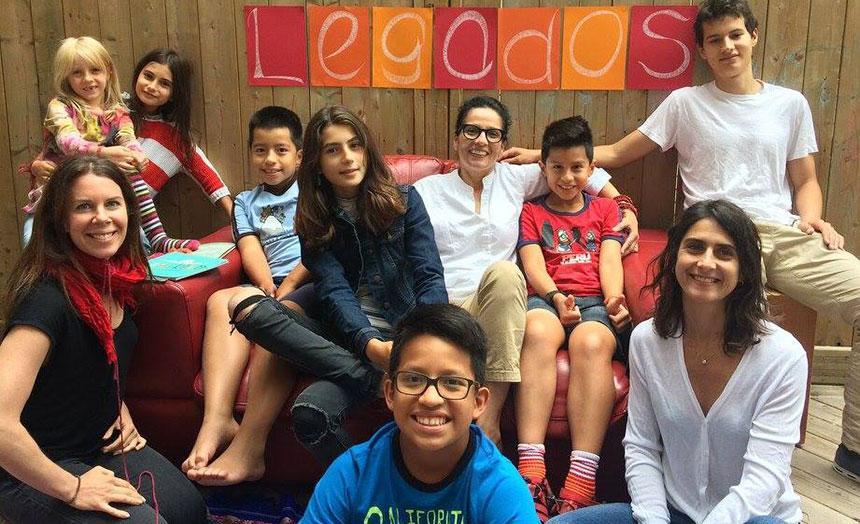 Heritage speakers are a heterogeneous group. According to research in the field of heritage language education, significant differences have been identified in the teaching and learning of a language as a foreign language versus as a heritage language.

The objective of the program "Spanish Heritage Language" is to allow students to improve their communicative competence and deepen their ties with the language and culture of their origins. This program focuses on formal linguistic issues that are, in turn, inseparable from certain cultural, identity and emotional aspects, having a positive impact on the child's social integration process.

The student explores the concepts of identity, diversity and migration from three key dimensions on which Legados bases its educational proposal: Where do we live? Where do we come from? and Where are we going? As the learner progresses along this path, he/she progresses in the acquisition of the discursive levels: descriptive, narrative and argumentative. This process is accompanied by different artistic disciplines such as literature, music and visual arts, which act as tools to facilitate a meaningful and motivating learning process.

We can say that it is a linguistic program that favors the integral development of the student and the formation of an intercultural speaker.

What would be the motivation for bringing your child to a heritage language class? 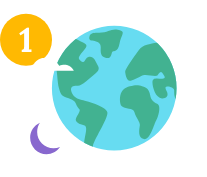 
Dimensión 1
Where do we live?
We discover our local Latino community.

This dimension invites the student to learn about and strengthen ties with the local community. They explore local cultural events, while developing Spanish language and artistic skills. The thematic axis revolves around the notion of community with its values and emotional and cultural ties.


Dimensión 2
Where do we come from?
We explore and recognize the origins of Hispanic-American identity.

This dimension proposes that students explore and recognize their identity origins while developing and deepening their linguistic and artistic skills. The thematic focus revolves around the notion of linguistic identity, which often involves roots, countries of origin and intergenerational ties. 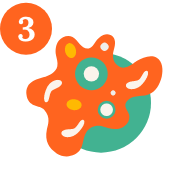 
Dimensión 3
Where are we going?
We aim to strengthen our desire to live together better, weaving our cultural diversity and promoting citizen participation.

This dimension offers students the opportunity to deepen their learning of Spanish and their capacity for critical thinking through creative projects that explore cultural diversity. The thematic axis revolves around the notion of diversity: minority groups, intercultural dialogue and citizen participation.

The "Heritage Language" program is divided into four periods and accompanies the child from early childhood and throughout the entire schooling process: 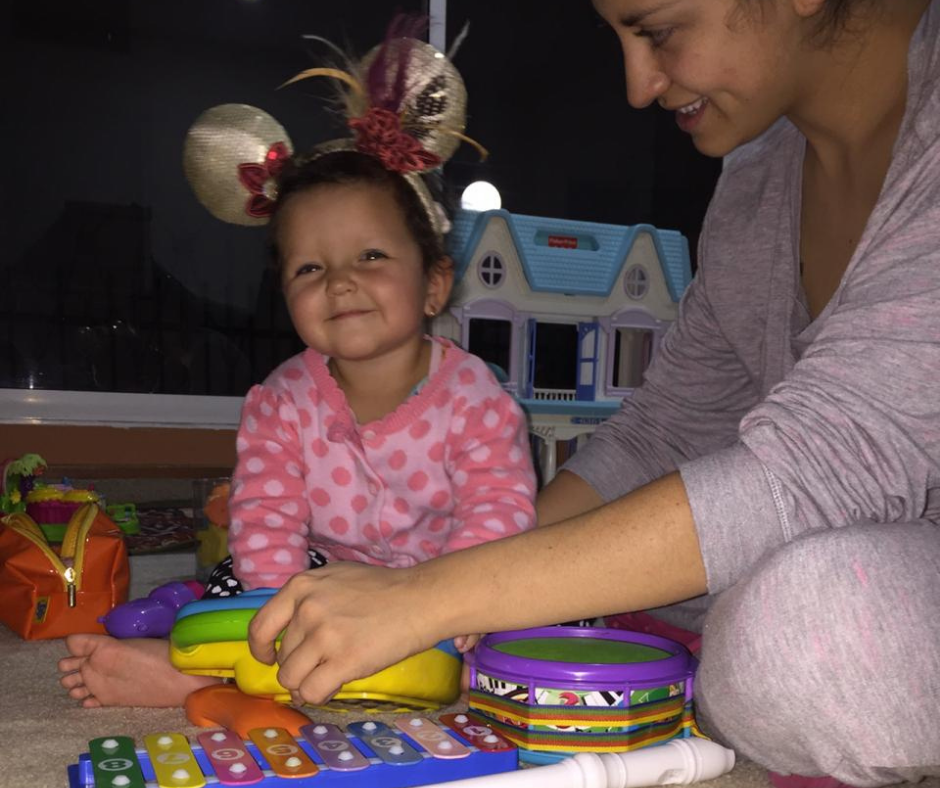 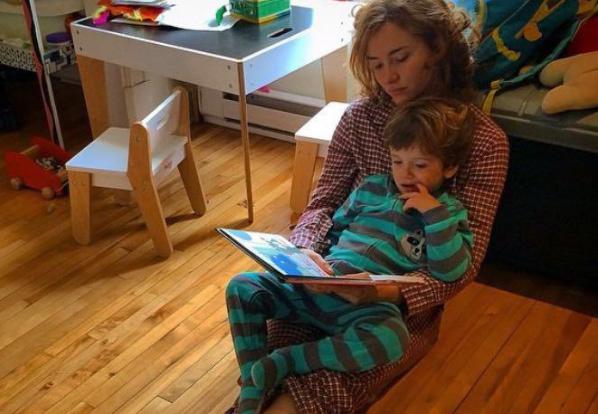 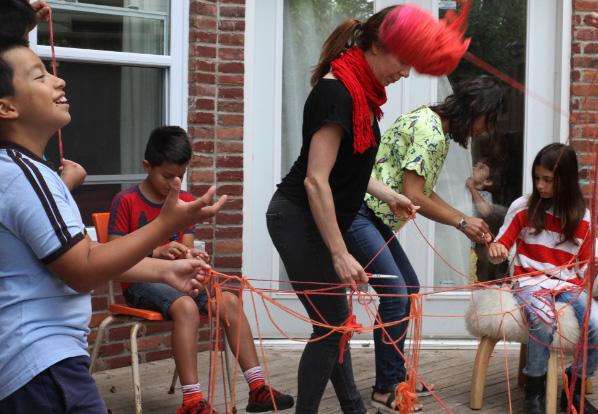 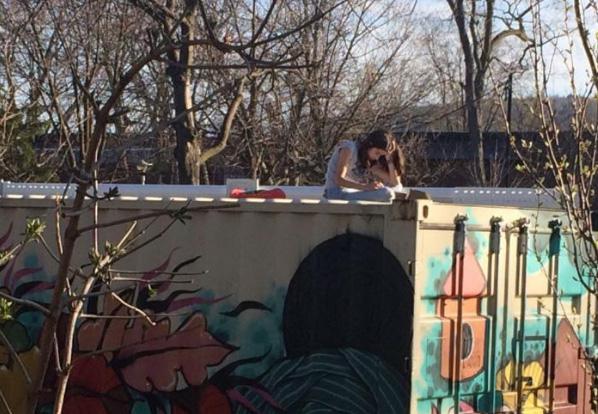 The courses are chosen according to age. Each level has a duration of 3 sessions: Autumn (thirteen weeks), as well as Winter and Spring (ten weeks per session). These are weekly meetings during which, at all levels, we work in pedagogical pairs: a language teacher (Spanish in use) and a specialist who is dedicated to teaching an artistic discipline. The two teachers work in constant synergy based on thematic axes that allow for a strong cohesion in teaching.

Everyone comes to Legados with their own trajectory, their own discourse and their own memories from different backgrounds. Legados transforms diversity into an intercultural experience in which we embrace the differences of the identities that inhabit us. In this way, a fabric of words and stories is woven. There is a desire to put the world into words. Ultimately, it is about learning and teaching a language.
El equipo de Legados está en contínuo proceso de investigación y formación para responder con calidad y sensibilidad a las necesidades de los estudiantes. Somos pioneros en crear un programa de enseñanza que: